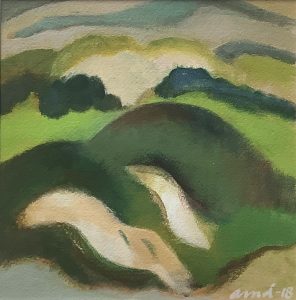 From Son: Birth of the Poet by Sharon Doubiago (Poetry)

How Does One Name Peace by Rosunah Katz (Poetry)

How We Said Goodbye by Peter Lit (Poetry)

Waiting For Night To Fall by Carl Kopman (Poetry)

The poets and artists in this issue lived along the Mendocino Coast in the magical 1970’s.  It was my privilege to be one of them. This is who we were when we arrived in Mendo World. 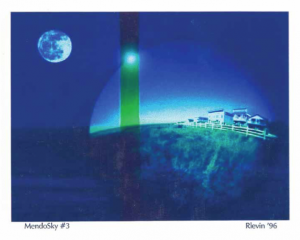 Bill Bradd
Bill Bradd was born to farm people in Muskoka, Ontario, Canada. As a young man, he drifted, worked the oil fields in Alberta and bartended in New York City. In 1967 he arrived in California where he lived for a time in the Big Sur area, then migrated further north, became an active member of a thriving community of writers and artists in the North Coast area of Mendocino and has remained there ever since.

Devreaux Baker
I arrived in Mendocino as a writer in 1976 and lived in a cabin off the grid on the bluffs above the Navarro River. I received a California Arts Council Grant at that time, to produce original student writing (K-12) for National Public Radio which became The Voyagers Radio Series and aired locally on KZYX.

Sharon Doubiago
It took me until I was 33 to come out as a poet, to know I was a poet! I had a Masters Degree in English Literature which had burned any such self-knowledge. I did pray day and night. It took my finding Mendocino to find myself, to find those prayers. I haven’t stopped since!

Carl Kopman
In the late summer of 1970 with my earthly belongings in a backpack and a fifty dollar bill in my pocket I was dropped off at the junction of Highway 1 and Albion Ridge Road.  It was like stepping into a tarot deck where I, a taxi cab driver from Brooklyn, could find community and love; peace and space.

Ben Kopman
Ben Kopman, my son, was born in Albion, California in March of 1978. One year later we left Mendocino for Berkeley— a decision I no longer view with mixed feelings.

Annemarie Dietzgen
Almost 1st thing in Mendo I was as an extra and stand-in for The Russians Are Coming. Some paintings and drawings along the way, here and other places. Now I have a studio at home on Greenwood Rd that harbors me.

Peter Lit
When i came to the Mendocino Coast to live i was not who i am today; i was 24 and thought i was a poet, knew myself and had a handle on life. i am now 78 and know better.

Gary Moran
When I came to the Mendocino Coast in 1973 I was one of those many refugees from another world. In my case, a guy with a truck, a dog and a guitar from the central valley Hotlands. As most of you know, it was a Paradise on Earth for many reasons. Those were truly the days!

Don Shanley
Moved to a cold water/wood heat shack (to chill) on Mendocino coast in 1970 after three years in the Marine Corps. (’67-’68 rifle platoon grunt Vietnam) Cultivated a bad attitude about fat white men in ties as well as onions, garlic & assorted veggies.

Gordon Black
Public reaction to student protests in the time of Vietnam and Governor Reagan left my grad plans in Berkeley diminished to zero. Ramblin’ Jack in Mendocino kindly allowed me an extended crash until I moved in with the Lady next door. I got work as janitor at the Sea Gull Restaurant & Cellar Bar. Poetry readings appeared as points of light.

Marlene Moon
Kenny Cahn and I left Woodstock, NY, in a caravan with David Matlin who told us of a family on Albion Ridge, in Mendocino, California, who would give 5 of their 15 acres to a family willing to create and build a homestead on their land free-of-charge. Our family arrived in California in late Spring 1970.

Curt Berry
Curtis Berry was a gentleman. You couldn’t be around him without sharing his sense of joy at being alive. He passed away too many years ago.

Rasunah Katz
Rasunah was widely published in journals and literary magazines. She published a book of poetry titled “Buffalo Five.” She is deeply missed.