In Memory of Robert Apte 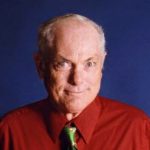