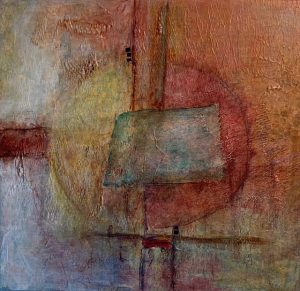 Getting Old by Martina Reaves (Fiction)

My Eyes Have Seen You by Daniel Danzig (Photography)

Not Getting Down To Write by Pat Gallagher (Commentary)

Karen Hunt, Martina Reaves, Raleigh Ellisen and me, Carl
Kopman, have written in David Schweidel’s Thursday Night Class
for the past decade. Pat Gallagher, the writer, I’ve known for even longer.

Daniel Danzig, the photographer, is a friend and business
associate of Karen Hunt, the writer. Susan Levine, the painter,
is my cousin; Allison Blair, the poet, is sister to Erika, art director of ICC.

As for Circles, there are four or maybe three;
And you, dear reader, are the connectivity.

Allison Blair
Allison Blair is a first grade teacher, entrepreneur and, most importantly, mom to two of the cutest boys around. She lives in the Bay Area.

Daniel Danzig
Daniel Danzig is a street and documentary photographer from Oakland, Calif. More of his work can be viewed at www.danieldanzigphotography.com

Raleigh Ellisen
Raleigh Ellisen is a retired high school physics teacher.  In 1995-1997 he and his wife served in the Peace Corps in Fiji, which led to his interest in writing. He has been a participant in writing workshops led by David Schweidel.

Karen Hunt
Karen Hunt grew up in a small town in the Midwest and returns there in her imagination when writing short stories. A retired journalist, she lives in Oakland, CA, with her husband Phillip and cat Benny.

Susan Levine
Susan Levine is an artist who has worked in several mediums during her life as a potter, welder-sculptor, jewelry designer/fabricator, and now, painter. The blank canvas inspires her and she hopes some of the pleasure she has in making her paintings transfers to those who view them.

Martina Reaves
Martina Reaves lives in Berkeley with her wife Tanya Starnes; their son, Cooper Reaves, lives in Oakland. Her memoir, I’m Still Here, will be published by She Writes Press in April 2020.

David Schweidel
David Schweidel is a writer and communication coach who has been teaching poetry to ten-year-olds for the past decade or so.