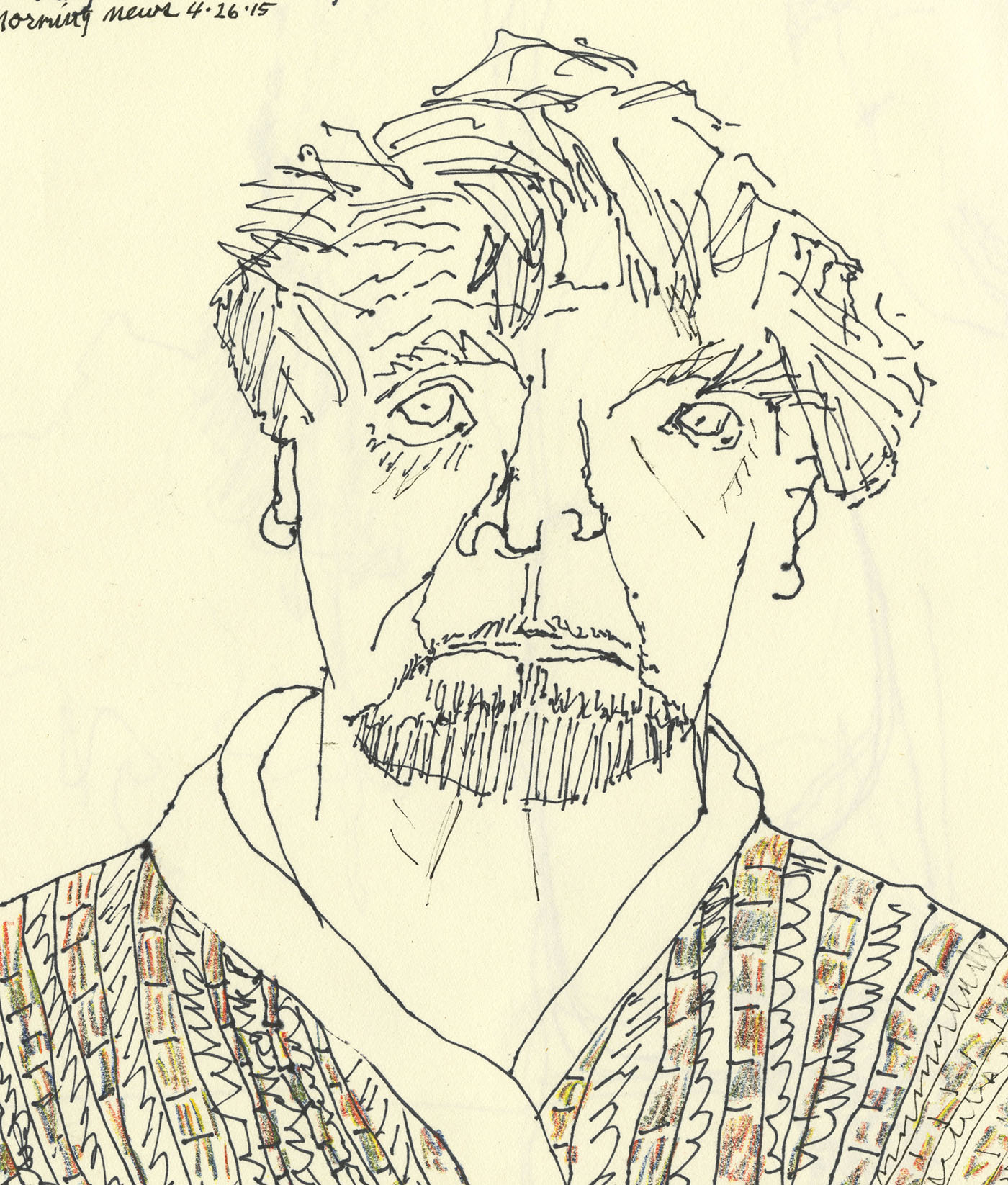 I am sure it is this history that made me so vulnerable, and so sympathetic, to political disappearances among the refugees I have worked with for a quarter-century, disappearances that are frequent occurrences in their wars. The sadness of disappearances was at times the worst moment for me in these therapies, so unrequited, so much relived, so unrelieved—and yet best acknowledged sometimes and somehow, as a way of living with what is not there.

On the other hand—and there is one now, for me—on the other hand and increasingly now past ghosts I dream and wake with I seek and try to talk to in writing, which has become part of my escape from certain history and work. I do not entirely escape nor exactly live there, but try to find the past again to deal with it enough to be free for another art, not to be still the editor or sometimes published poet, but to paint.

I write to learn who I am and how I got to be.

I write to hear the lives of others in a place each week where silence outside is the rule and we do not say outside the group what we hear or say there.

I write sometimes to try to create beauty, by image or cadence or sound of word.

I write to be with friends and colleagues, some known now for decades.

I write so I do not have to write, so I have time and thought to be an artist of another kind in the time given to me to celebrate with eye what cannot be with tongue and ear.

Only in painting do I escape the past entirely—because I paint for beauty only, because my paintings were never there before and therefore never lost.  I look into a painting as a child looks into its mother’s eyes, deeply, unwaveringly, unafraid, concerned only to be one, to discover how to be that way.  And this marvelous discovery of painting, this way of life, in turn makes more possible the closeness I have with people who in another turn have helped me to be this person, this artist, and to live with whoever that is now—in this work.

And now, in the life of The Plague, May 2020, what is left? In the past 12 months, hospitalization for back and heart issues; failure of two medicines for lungs, resulting in blindness in one eye and a stroke to the brain; arthritis so severe a wheelchair was required until proper medicine was found. But—absence before that to work at the border of Mexico in El Paso, and since to raise money for those projects; completion of the first of two memoirs; and the discovery that I can still paint! I have indeed inherited concern for my son who now works with the health of those with Covid19, and for my wife who works more with me—but at least there are those of us to be concerned with them. And we have not disappeared!

Four months after writing this reflection, on September 1, 2020 Jerry passed away. We, the Friday Writers, received from his wife and son.

Jerry passed away late Tues. afternoon. I was reading to him; it was peaceful & painless, I think. There was a slight breeze through the window & a gentle sun.

He left a goodbye letter. Thank you for your many kind messages, and for being such good and faithful friends, these many years. You are remarkable. Aren’t we all so lucky?

I am writing to say goodbye. The last two years have bristled with serious illnesses, to the congestive heart failure that has the final say—one of the few talking points I had with my father.

My memoir indicates the interests I have had in gardening, painting, poetry, literature, singing —what may keep a poor therapist sane— while also indulging in Wolin for political theory, Freud and his minions in psychologies.

I do not have now the strength to write much to you in the last few days of my life, but I want to try to say what—among many things, has sustained me—aside from torture symptoms that drove me and sometimes inhibited me, and the years-long gradual closeness I have sometimes even reluctantly accepted from you.

I have never held to the rewards of any religion—I see no evidence for life after death, no magic—only the ability to face forward into what is clearly there (even uncertainty, even ambiguity). This is how the ancient English did it—every love, every stone, every seed, every death—accepted—and then they ended.

We do not know the outcome for these times, neither whether in losing, winning or if we continue as we are—like the Syrian doctors in an underground hospital who, condemned by malice—keep rising up.

Up, friends, even as I reluctantly say goodbye.

Jerry reading his poem “Falling Near the Wall”