Not So Fast, My Dear

If you read the popular press, it seems many people dread turning fifty, feeling as if the hourglass has now been flipped and their life is certainly half over. Against all common belief and expectation, however, fifty turned out to be one of my best years ever. Not only did I go way beyond my comfort zone, stretching my mind and body, by hiking the full fifty-mile circuit of the High Sierra Camps in Yosemite National Park, ascending from about 6000’ to 11,000’, but I also met Norton.

After being single for nine years, with my time swallowed up by a more than full-time job and three teenage children, I felt like I was beginning to emerge from a dark cave. Two kids were gone, off to college, I was better at my job, and there was some daylight ahead. My cousin introduced me to Norton. Well, not exactly introduced us, but gave him my phone number and later asked me if it was all right. It was. And, honestly, I didn’t really care if he called or not. I was enjoying this first taste of long-awaited freedom and wasn’t eager to tie myself down in any way or to anyone. We eventually met, talked easily and at length, finding we had lots in common, even some friends. I was interested. After a few dates when “nothing happened”, Norton put forth his philosophy, learned from his experience, that it was better to be friends first before lovers. Surprised at my disappointment, I nodded quietly and agreed. And then, things picked up. I was smitten, but not quite as smitten as Norton. He began talking about a future, living together, which one of us would sell our house, etc, etc.

I liked being able to spend time at his house and then return to my house, alone. I wondered how we would accommodate my son, still in high school and living with me. I liked time with my women friends. After years of none of it, I was enjoying my own company again. I was reluctant to think about giving up any of this. Six months after we met, in early September, I turned fifty and my children gave me a wonderful surprise party. Friends from all eras of my life were there – elementary school, high school, college, baby group moms, carpool people, work colleagues, and all of my favorite family members. And, of course, Norton. He was meeting many of these important people in my life for the first time. He was affectionate and loving throughout the late afternoon, early evening barbecue and cake. It began to get cool in the evening and a few people began to leave. The rest of us moved into the house. As we sat on the living room couch, Norton’s arm around my shoulders, I opened the gifts people were not supposed to bring, There weren’t too many, but each one was thoughtful and something the giver knew I would like. I appreciated their efforts and thoughtfulness. Soon, there were no more gifts to open. My family and a few of my closest friends were sitting with us as Norton exclaimed “Oh! Here’s one more!’, as he presented me with a small box, about 3” square, beautifully wrapped, with a white satin bow on top. Just the size of box jewelry comes in. Just the size of box a ring comes in. I could barely move. 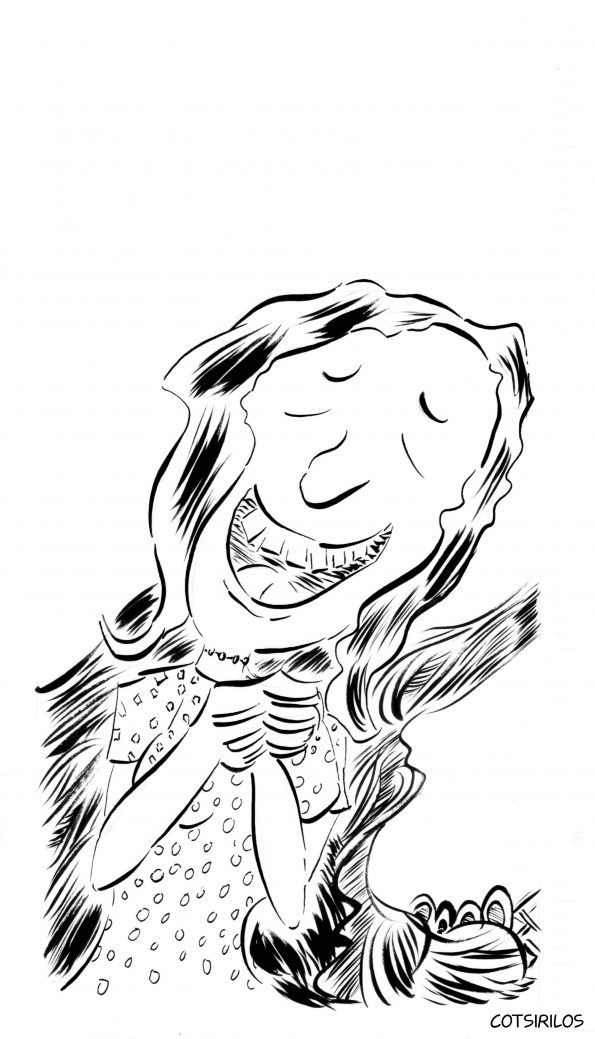 My heart was pounding as I took the unwrapped box in my hands. I tried to smile. I tried to look happy and excited. I slowly unwrapped the package and looked at the box. It was from a jewelry store. Oh God! I lifted the top off to see a smaller velveteen covered box, the kind with a lid that springs open revealing a special treasure, the kind of ring comes in.

I held my breath and closed my eyes as I slowly opened the box, feeling its white satin interior. I prepared for the worst as I opened my eyes. Squinting at first, not really wanting to see, I finally opened my eyes to see what was in the beautiful box – an exquisite pair of pearl earrings set in gold.

Relief flooded through me. I was so happy to have been wrong. I smiled from ear to ear. I was very grateful for the earrings and this lovely man in my life. I was happy that Norton had not misjudged me or our growing relationship. There were many years ahead; turning fifty was only the beginning. And then, three years later, when he dropped to one knee in Tiffany’s on Fifth Ave.

I eagerly and confidently said, “Yes! What took you so long?”

Peggy Phillips  author
Peggy Phillips lives in Oakland and is grandmother to two perfect grandchildren. Everything else pales in comparison, but she is also an inveterate planner, mostly of travel, and occasionally writes something worth sharing.

Joseph Cotsirilos  illustrator
Joseph Cotsirilos is a writer and cartoonist. He loves carrying around sketchbooks and can be found at various conventions around the west coast. josephcotsirilos.com