When you make a pie, make it with your heart. It’s not so much about what goes into the pie as what holds it together. You must understand that no matter, it’s always about the crust, the foundation of your pie. Everything else will withstand a margin of error. Not true with the crust. The crust must be perfect.

Add a teaspoon of salt to two cups of flour. Mix them well, avoiding islands of salt. And for God’s sake, not sea salt. Sea salt is uneven. It clumps and those will be camouflaged in flour.

Cut 3/4 cup shortening into the mix. Crisco is best. Use a simple table fork or, if you must, a pastry blender at additional cost and no added value. Take your time with the fork. The tines will transform wispy white powder into a substance with a coarser texture like sand at water’s edge. Be patient. The grainier the mixture, the better the crust. This is the part you must learn to love, time spent at the early stage.

Once that is complete, add water as you stir, ice cold, slowly. Eight tablespoons is what the original recipe calls for, but I’ve not found that sufficient. You’ll want to add enough to form a nice sticky ball, it’s all about feel. The crust will not roll out well or hold together in the pan with just eight. But too much will make your crust hard and stiff like pizza, and no one wants their pie crust crunchy like that. Don’t play with the dough. Over-kneading will make the dough rubbery, a chewy crust that won’t melt in your mouth. What’s good for bread is ruinous for a pie crust.

Divide that ball into two almost equal parts. Liberally sprinkle a clean flat surface with plenty of flour. Roll the balls with a pin out into greater concentric circles, not too thick, not too thin. Don’t forget to flour the pin or your thinning dough will stick and you’ll have to put it back in a ball that requires more kneading.

Line the pie pan with the smaller disc so that the edges come flush with the pan’s rim. Punch little holes with your fork in the dough over the floor of the pan to prevent bubbles from trapping. Bake the half-shell at 425 degrees for 30 minutes. This will prevent a soggy, doughy bottom crust. Remove from the oven and let that cool before adding your filling. Apples, blueberries, cherries or peaches. Your mood or the occasion will dictate the filling. Then cover the filling with the top crust dough, crimping the edges to seal the pie and cut symmetric slits as spokes around the tent of the crust. This too will allow air to escape and keep the top crust flat on the filling as it inevitably shrinks and settles.

The various fillings allow for variety, spice things up, unless you’re like my brother, who only makes apple pies, only adds apples and sugar, no spices, no juices, just Granny Smiths. But your uncle never married and has lived with his fiancé for over twenty years. And also, he adds sugar to his crust. Never add sugar to the crust.

My sister, your aunt, into her fourth marriage, is never satisfied with her crust, and she has trouble deciding what to fill it with. When she tells me she thinks she’s finally got her strawberry concoction just right, next thing you know, she’s moved on to rhubarb. Jesus Christ.

Your grandmother, my mom, who stayed married to my father for twenty-three years before she left him, has never come to terms with her crust. She says it’s good enough, and it is, not too thin, not too thick. She mostly fills it with lemon meringue. No top crust. She really works on beating the egg whites, till they’re nice and stiff, with just enough sugar, the sweet tartness distracting her from a less than perfect crust, which, she’s convinced herself, will do.

Me? I’ve given up pie. Too many carbs. I tend not to do desserts. Too easy putting on weight that way. I might nibble if you make a good pie, from scratch, put that effort into it. I almost had it down, figured it out, the secret to a perfect crust.

But you, I have hope for you. You seem to have the right temperament.  Skill, patience, critical eye. That’s why I’m taking the time to teach you what I know about crusts, about pies. Tell you what it takes. No rush. Practice. The more crusts you make, getting that right, the better you’ll be at making pie. So, take your time. I’m depending on you to get it right. Then you can teach your kids. A legacy of pies. 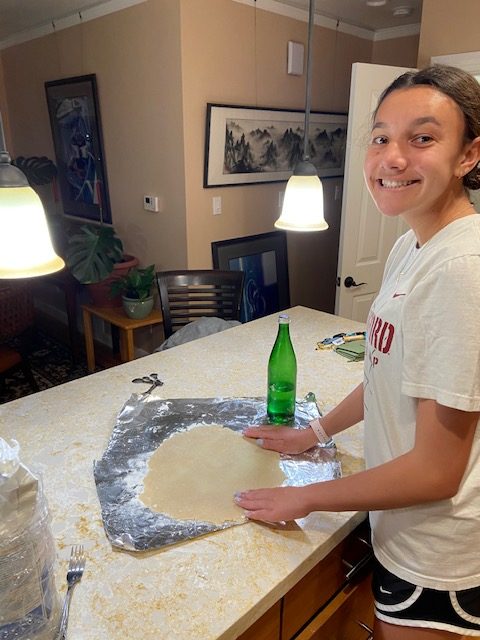 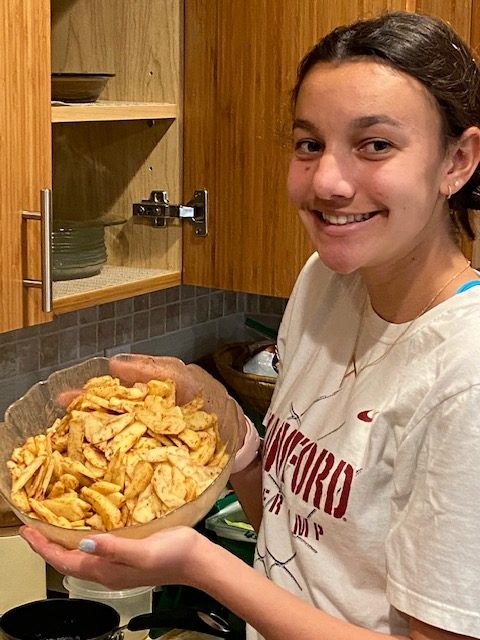 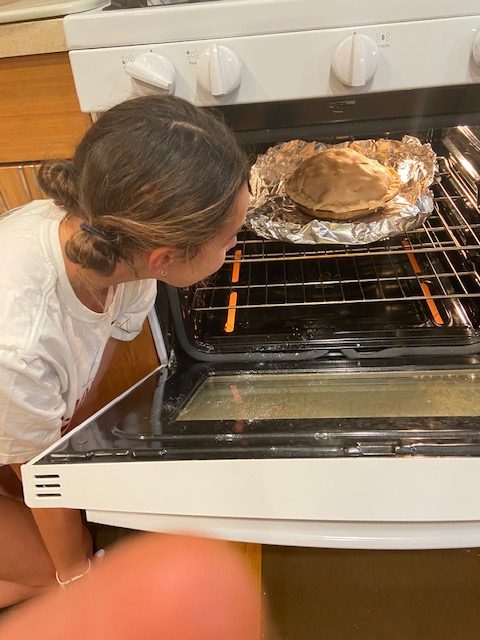 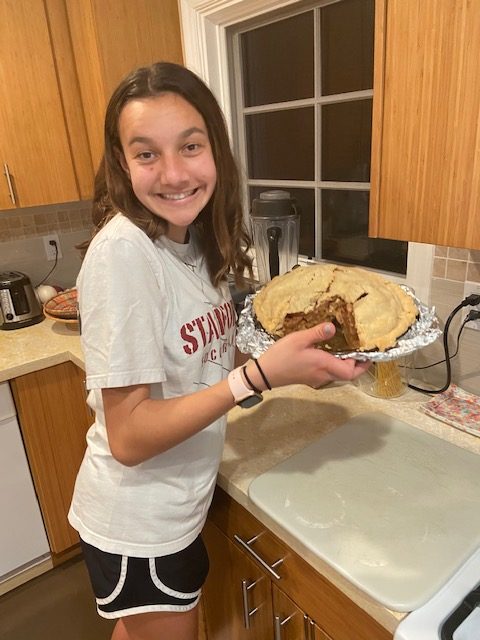 Richard Turner
Richard Turner studied biology at Stanford and attended medical school at UCLA. He practices urgent care medicine in the Bay Area, where he lives with his daughters Aubrey and Anjuli. His son, Aksum, lives in San Diego where he performs and produces comedy shows and hosts his Holla at Me Podcast with Ox Turner, both in which he often lampoons his dad’s parenting practices.