It has been a year now since Peter lost his struggle to breathe, his heart and lungs no longer able to bear the strain of fighting against the aggressive Parkinson’s disease that ravaged his body and mind for 12 years. A year since I’d stood at his bedside that night in mid-October staring at the gray corpse that hours earlier had been my brother. I sobbed convulsively, “He suffered so much,” I howled. My husband held me. Our youngest brother Michael choked back tears.

Days earlier, at lunchtime, I’d wheeled Peter onto the nursing home patio. It was a warm day. He picked at his food, was not communicative, but perked up when two Hospice musicians arrived to play a song he had requested the previous week, “The Last Time I Saw Paris”. Peter, hunched over in his wheelchair, moved his foot up and down in time with the music. The Hospice nurse brightened when she saw he was connecting to the music. As the musicians finished the tune, Peter’s head was drooping. I thanked them and turned the wheelchair around to head back to Peter’s room. I told him I was going home now and he whispered, “I don’t want you to leave.” I had to lean in to hear him. The disease had robbed him, a soft-spoken man to begin with, of power to speak above a whisper. “I know, I know”, I said and assured him that I’d be back. I was exhausted from the years of caretaking and was coming to terms with the ultimate knowledge that I could not save him.

The next morning came the phone call from his nurse. Peter had not eaten any breakfast. He was lying on bed gripping the hand of the caregiver. He would not let go. He looked at her with hollowed eyes and mouthed what became his final words. “Help me”. He lingered for three more days. 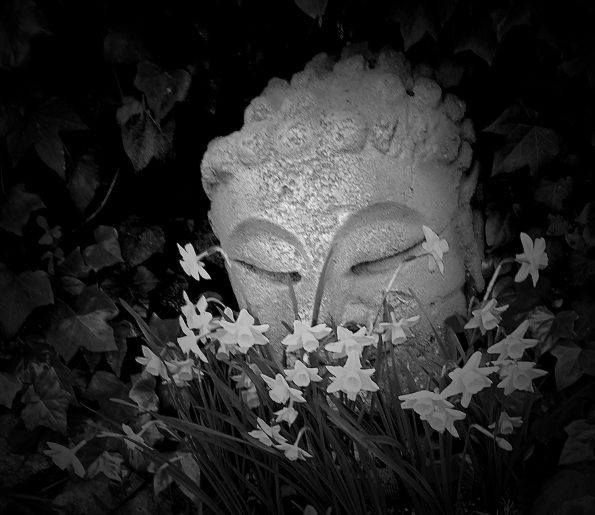 Peter’s death had been long anticipated but not long prepared-for. There’d been no conversation with him and the family about his condition and what would happen and what his wishes were. I had battled against his denial for six years, had exhausted myself accommodating to his needs and, to the extent possible, his desires. He continued to decline in spite of our efforts. He’d held onto hope for a “magic bullet” that would cure him. But there was no magic bullet and he rejected our efforts to let us help him help himself. It was never going to be enough. Parkinson’s disease is a one-way street. Aggressive Parkinson’s disease is an especially hard road. Why, now that he’d reached the end of that road, didn’t I feel relieved? I slept, but did not rest. I forgot things. I dropped things. I could not do automatic tasks without conscious effort.

An ER trip was ordered and multiple tests performed. What I know now but didn’t know then was the multi-faceted shape of the loss. I did not understand I had lost not only the presence of Peter but also had lost the role of caregiver, of problem-solver, of big sister to my brother. I was grieving all of that.

The Christmas holiday came and went. As winter deepened I came out of the fog. I slowed down, stopped fretting. In February the daffodils I planted in front of the Buddha statue in the back garden jumped up. Dozens of happy yellow blooms waved back and forth in front of the Buddha’s smiling face.  My friend Jo had given the bulbs to me at Peter’s memorial gathering. Daffodils and the Buddha signaling a turning away from the dark.

All the while, as winter was softening into Spring, as I began to emerge from the fog of grief, the swift-moving, highly contagious Corona virus appeared in Wu Han China and ran rampant across the globe, threatening or killing vast numbers of citizens on every continent. I watched the interactive maps turn red in areas heavily impacted. I feared for my son and his family in Italy. I mourned for those who, like my brother, were living in nursing homes waiting out their time – unaware, many of them, of what was coming.

And, in spite of my general good health, I was among those designated at elevated risk to contract the disease. What started as recommendations for mitigating the effects of the virus – for which there is no proven treatment or vaccine– became over the course of a few weeks a directive to stay at home, shelter in place, wear a mask, wash your hands continually, and if you must leave your house maintain “social distancing” from anyone you encounter. Charts and interactive graphs displayed results of data gathering.  I choked on the numbers, percentages, data points churned out daily.

There is no end to this story here. It will be months before the grip on our lives is loosened. It will be years before I understand what I have lost in this tumultuous time. And I will grieve again.