When my first-born child was six years old, I found myself standing in front of her first-grade class, trying to teach poetry.

I mean, have you faced a room full of first graders?

They fidget.  They squirm.  They’re trapped in those tiny desks, and you’re trying to grab their attention, but they have windows to look out of, itches to scratch, noses to pick.

And there I was, tasked with teaching poetry.

How do you teach poetry?

I still had trauma from high school, back when poetry meant “Ode to a Grecian Urn” – what did I care about a damn Grecian urn?

It all seemed pretty useless at the time.

But there I was, stuck in my daughter’s class, looking into those scrunched-up faces.

My heart pounded.  My armpits dripped.

What was I supposed to do?

I had friends who were poets.  I had a few favorite poems.  But they weren’t necessarily first grade appropriate.

Like here’s a poem by Constantine Cavafy.  It’s called “The Great No.”

For some people there’s a day
when they have to come out with the great Yes
or the great No.  It’s clear at once
who has the Yes ready inside them; and saying it
they go on to find honor, strong in their conviction.
Those who refuse never repent.  Asked again,
they’d still say No.  Yet that No—the correct answer—
defeats them the rest of their life.

See what I mean?

I didn’t want to be a killjoy!  I just wanted to get through the gig.

How do teachers do it?  How do they cope with all those fragile volcanoes?

I was a bit of a teacher myself.  But I taught prose, not poetry.  Adults, not first graders.  One night a week, not all day, every day.

And the people in my class chose to be there.  These first graders were a much tougher crowd.

The good news?  I only had to do this once.

And I’d done a little homework.  Consulted a book called Wishes, Lies & Dreams by a poet named Kenneth Koch.  He recommended starting with wishes.  Everybody, he said, has wishes.

I wished I was anywhere else – but I launched in, read the kids a few poems, tried to drum up some discussion, then asked the kids to write a poem starting with the words “I wish.”

The teacher handed out paper, the kids picked up pencils, and lo and behold nearly everyone began to write.

One girl had trouble with the very first letter of her very first word.  She didn’t like the way her capital-I looked, so she tried to erase it, but the eraser smudged her paper, so she kept erasing, but the smudge got darker and darker, so she erased harder, then the paper tore and she asked for a new sheet of paper, which the teacher eventually gave her, but by the time she made a satisfactory capital-I, a boy was raising his hand.

My armpits started to dry.  Maybe I’d get through this ordeal without total humiliation.

Finally, when no one else wanted to volunteer, she trudged to the front of the room.

This is the poem she read.

I can’t explain what happened inside me when Lateesha read that poem, but I’ve been teaching poetry to kids ever since. 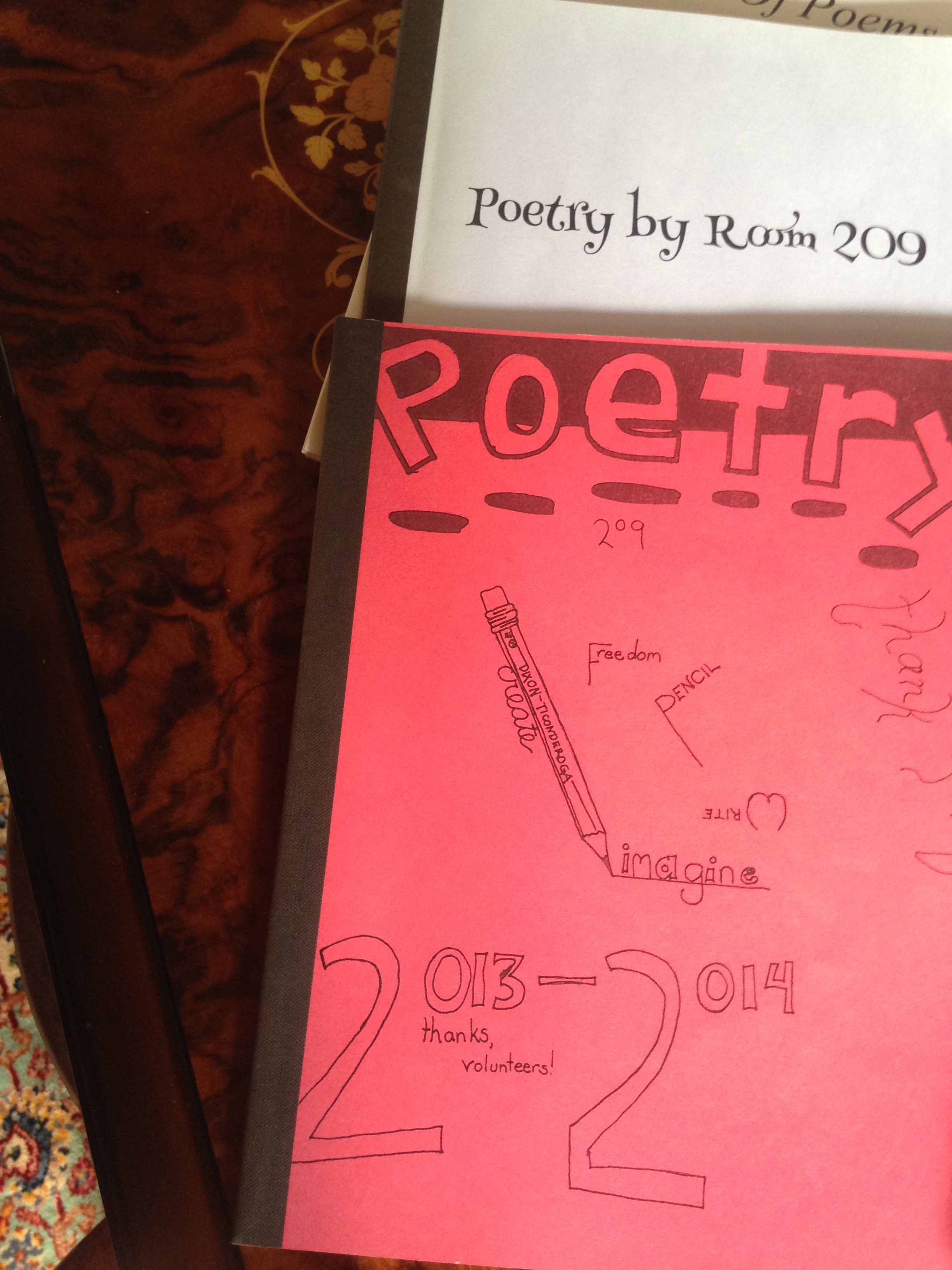 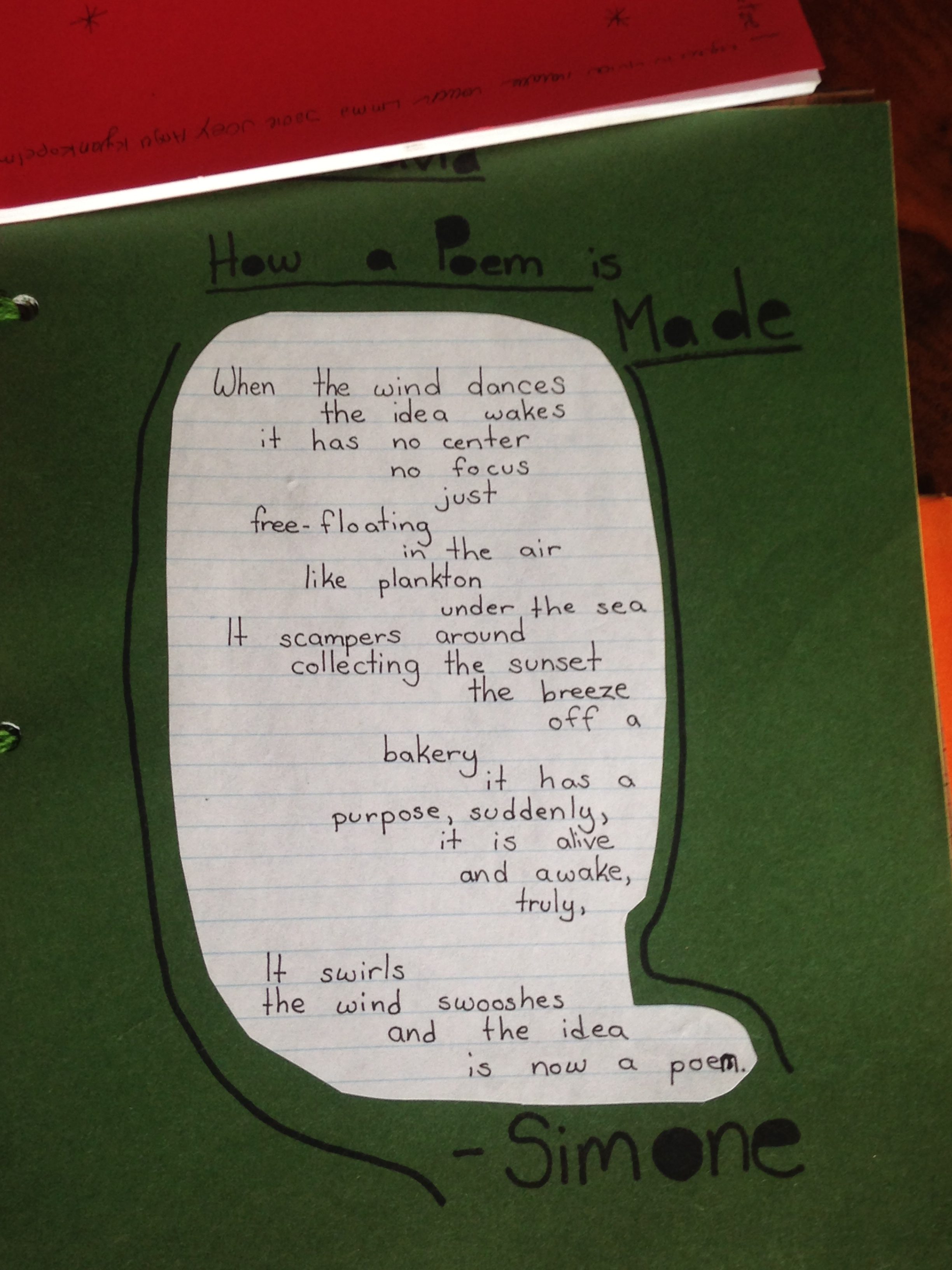 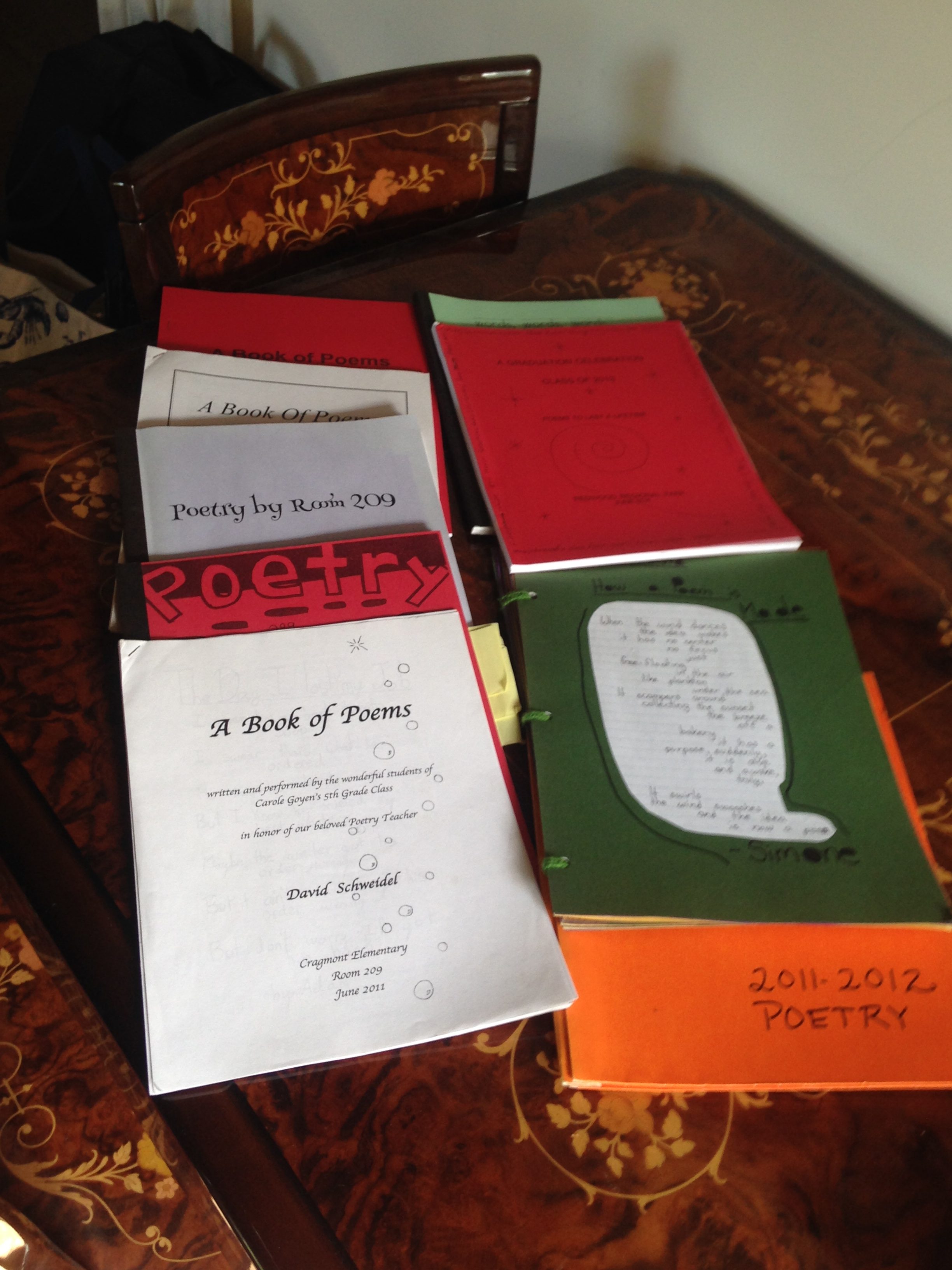 David Schweidel
I started teaching creative writing in grad school, continued at UC Extension, then started teaching a private class that transformed during the pandemic – we had always been a community of writers, but during this year-plus of prolonged social isolation we came to rely on each other more, appreciate each other more, and it’s a gift to see everyone’s work gathered here – thanks, Carl!