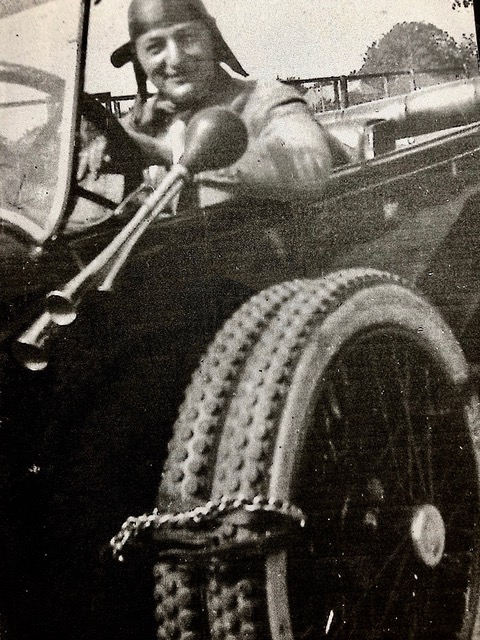 My father, a German Jew by birth, had decided as early as 1934 that Germany could no longer be his country. As a loyal German and as a Prussian Cavalry officer in the 1st World War he had served his country well and then at the age of 50 he knew that he needed to emigrate when Adolf Hitler came to power. My mother had gone ahead of us to Berlin by train. We were to be re-united there at my grandparents’ flat. Farewells with our numerous relations on both sides of the family were planned for the next several weeks.

I did not realize any of this since the entire endeavor had been shrouded in secrecy.  I knew there were many secrets afoot, but that was not unusual. At one point, a few weeks earlier, our cook had taken my brother and me aside in the kitchen and told us that we were going to America. It did not register much with me. The only thing I remember knowing about America was from an article in a German newspaper that had caught my eye. It was about an 8-year-old African-American child in Chicago who had just given birth!

So, here we were in my father’s big touring car with the top securely fastened against the chill of the East German winter, in January 1937, headed for Berlin, a drive of about 4 hours.

My father had never had responsibility for the physical care of my brother or myself and had always shied away from anything having to do with those bodily functions relating to elimination. What was he to do when I suddenly, or not so suddenly had to urinate. This was Germany in the 30’s without the rest stops we are all familiar with. He did not know what to do. Finally, out of desperation, both his and mine, when my need could no longer be ignored, he stopped the car. We were passing through a town and he stopped the car on a residential street. I believe he stood near me while I urinated on the sidewalk and then he hurried me back into the car. The rest of the journey passed by without incident, I believe.

I was not to see the Marquette again until its arrival in Portland, Oregon several months later.

Upon reaching Berlin we were welcomed by the family after ascending to my grandparents’ flat in the tiny art-deco elevator. I loved that elevator for its quaintness. Even a 7-year-old could recognize the charm of its stained glass windows. Its size was not made for convenience or comfort, all of which added to its charm for me.

My grandparents effusively greeted us. My grandmother generously bestowed her wet kisses on us. My grandfather with his kind and loving manner welcomed us. I can still see him, he with his thin oiled mustache curled up by the corners of his mouth in the fashion of the day. My mother must have been there but I do not remember her presence there at that moment. The flat also had other family members there waiting to greet us.

My grandmother was noted for the excellence of the food at her table and if memory serves me right we were served a wonderful meal of roast beef with horseradish sauce and many other dishes.

I was not prepared for what happened next. Upon going back into the living room I gravitated towards a small footstool. My grandmother was an accomplished needle worker. She specialized in embroidery and needlepoint. The footstool was a fine example of her talent.  It was intricate with designs and colors throughout. For the second time that day I disgraced myself. I threw up all over the footstool!  My grandmothers fine meal disgorged by my unhappy self. The footstool and I were hastily removed from the scene.

The further details of that afternoon escape me. Presumably, a doctor was summoned.  Somehow the diagnosis was reached that I had whooping cough and had to be sent away- to be quarantined. The next 2 weeks found me sequestered in the flat of a hastily found caregiver. I was inconsolable, terrified and felt abandoned. Most of that time is a blank to me except for the feelings it left behind. I remember waving out a window at family members who had come by. Additionally, I have another vague memory of presents being brought in. Did I have whooping cough? Who knows? A better diagnosis might have been anxiety due to the stress of the events happening around and to me.

So what were they up to in my absence? Had they left on that journey to a far-off place? I could only fantasize and feel my abandonment. The caregiver may never have taken in another child following her experience with me, this upset child. What I, with my fearful panicky mindset, could not fathom was how much anxiety must have existed on the part of the adults. The fear on their part was that the US would not admit a sick child into the country. If I was too ill to travel there might even have been the danger of losing our reservations and having to make other travel arrangement. Would visas expire?

Finally, my quarantine was up and I was collected. I had missed most of the farewells with all my cousins and aunts and uncles and above all with my grandparents. My fathers 50th birthday had been celebrated in my absence, probably only by the adults in any case. I was shown a gold crown he had worn for the occasion. 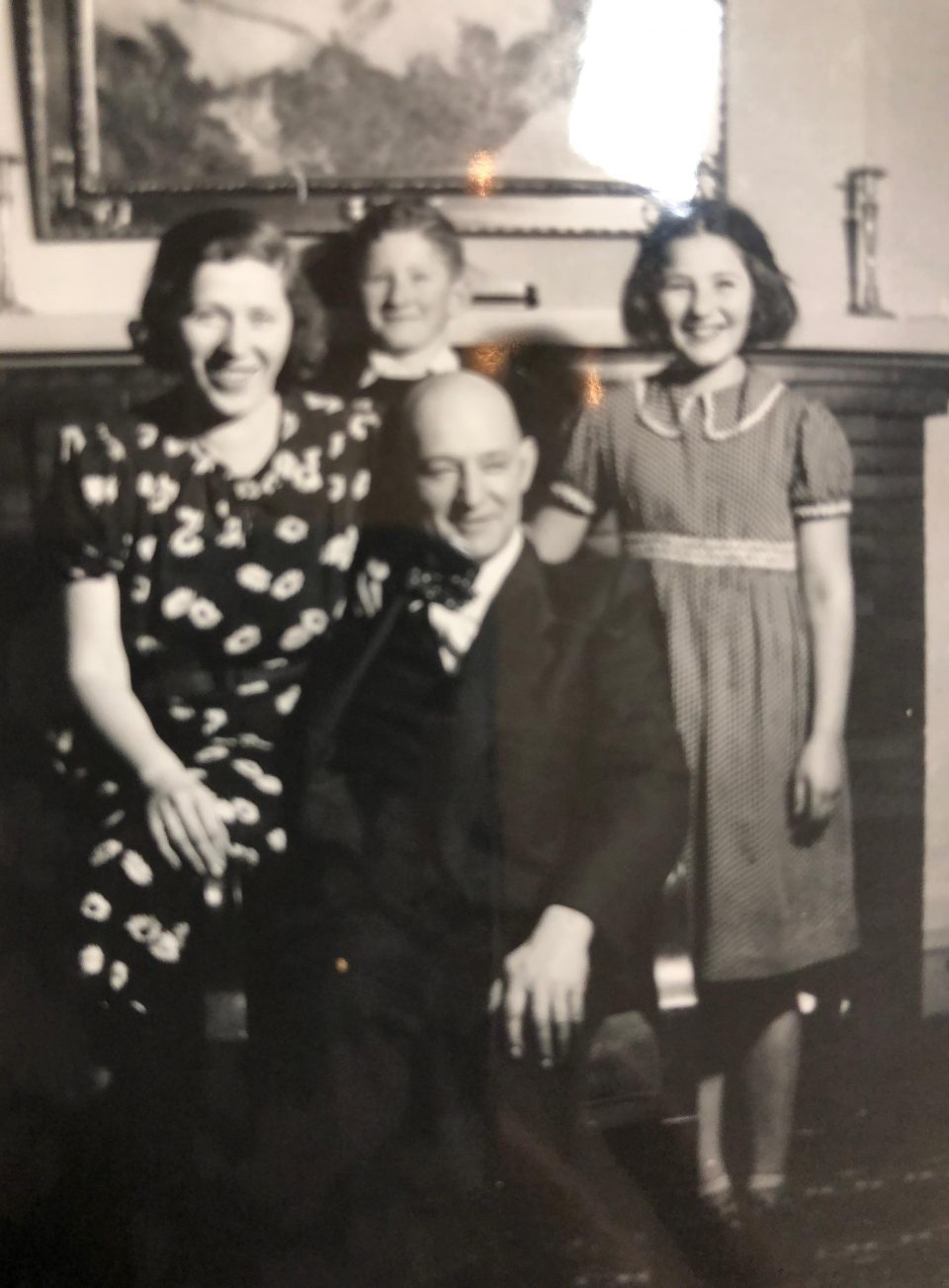 We were off.—all four of us! Settled into a train compartment for four we were headed toward the French border and safety. What that last feeling of fear must have been like as we waited at the border for the train to Paris! My father was seemingly very calm and unusually gentle.

We went to a refreshment stand within the station, still on the German side. It sold milk by the glass for 10 pfennigs. My father had 9 pfennigs remaining in German money and my brother and I shared a not quite full glass of skim milk. Goodbye to Germany!

Once safely across the border and away from the Nazi Guards—our papers duly stamped, we were on the way to Paris. Cousins of my fathers who lived there picked us up and took us to a hotel.  We walked up and down the Champs d’Elysee and we were treated to French hot chocolate and wonderful pastries, the kind one can usually only dream about. Napoleons, petit fours of all kinds, fresh and tasty, smelling heavenly. The windows in the restaurants and pastry shops beckoning.

That night my parents went out to a show—perhaps the Folies Bergere or perhaps the Can Can; the kind of shows my parents enjoyed. When my parents returned to the hotel, very late, they found my brother and me in a very desperate state. I had thrown up again, this time all over the bed. My brother was afraid he would be blamed and I was guilty and miserable. My brother had done the best he could to help me. All that pastry and hot chocolate!

The next day we departed from Paris by train to Cherbourg. The days were short and it was dark by the time we were to board the Queen Mary. We took a very small tender to the waiting ship in heavy seas. The tender pitched back and forth. It was past my bedtime.

We were helped on board and shown to our staterooms. My brother and I shared a room. I was not seasick and never have been since. Not even in the waters of the Antarctic. The crossing must have taken 5 days. My mother is largely absent from these memories. However, I do recall her trying to teach me a few words of English.

The Queen Mary had a small synagogue on board which we looked at from a distance. Such a clear memory. My brother and I were not to go near. The reason: Orthodox Jews were praying and dovening there. This was not something for our family to be a part of. They were Eastern Jews and we were German and we were not to be associated with them. Somewhat ironic but so in keeping with the old prejudices. Here we were, fleeing from Germany for being Jewish, but prejudiced against Eastern European Jews practicing their religion.

On the morning of the 22nd of February, the Queen Mary docked in New York. Decorations were everywhere. Starting at the docks and going into the city there were colorful banners and posters. If memory serves me right there were even decorative lights. Although it was in celebration of George Washington’s birthday it made for a great welcome to our new home.

The months and years following our arrival in the US and Portland, Oregon were fraught with difficulties, anxieties, and tensions. As we gradually made our way to becoming Americans the situation my father had rescued us from became ever more disastrous for those left behind. Some family members were able to join us in Portland over the next several years. Many more scattered across the world to seek safety for themselves and their loved ones. Others, including my mothers’ sister Hilde perished in concentration camps.

We were among the most fortunate. I am so grateful for having had the good fortune to be able to continue my journey to the present day.

Evelyn Apte
It’s been a long journey since that 7-year-old girl first came to the United States. Now, at 91 years of age, I feel a huge gift of gratitude for the lives that I and my family have been able to lead. Something I sincerely wish could be granted to all children. Widowed and long retired from my profession of psychotherapist, I live in Berkeley California looking forwards to the remainder of my journey through life.